Everything we do at STC radiates from our passion for the arts and our commitment to sharing our passion of the arts with our entire community. We value diversity in all aspects of our lives and continue to educate ourselves about different communities and cultures while we strive to listen and share different stories from different cultures. We are intentionally engaging our community as partners to address systemic inequities and are committed to providing a safe environment for BIPOC, AAPI, LatinX, LGBTQIA++, people with disabilities, and any other community, marginalized or not, in which we can all share, learn, grow and perfect our craft. We commit to being fiscally responsible and utilizing our  influence and resources to spend equitably and imbed inclusive actions into our culture. The people on our stages, our students, our teachers and those employed at STC reflect the students and patrons that we serve. We create environments that engage all to feel part of the STC family where everyone feels safe, respected and welcomed in our community.

The theatre was originally formed as the Sacramento Civic Repertory Theatre in 1942, an ad hoc troupe formed to entertain locally-stationed troops during World War II, and was officially incorporated as a 501(c)(3) in 1945. Realizing success on a tour of local military bases, the Sacramento Civic Repertory Theatre aspired to have a theatre of its own. On October 18, 1949, it achieved that goal with the opening of the Eaglet Theatre, named in honor of the Eagle, a Gold Rush-era theatre built largely of canvas, that had stood on the city’s riverfront in the 1850s; a “little theatre,” as community theatres of the time were often called, the SCRT’s home was considered a “little Eagle.” The Eaglet Theatre benefited from the patronage of newspaper executive and heiress Eleanor McClatchy, an enthusiastic theatre supporter. It was also, briefly, the creative home of aspiring actor Tom Hanks. 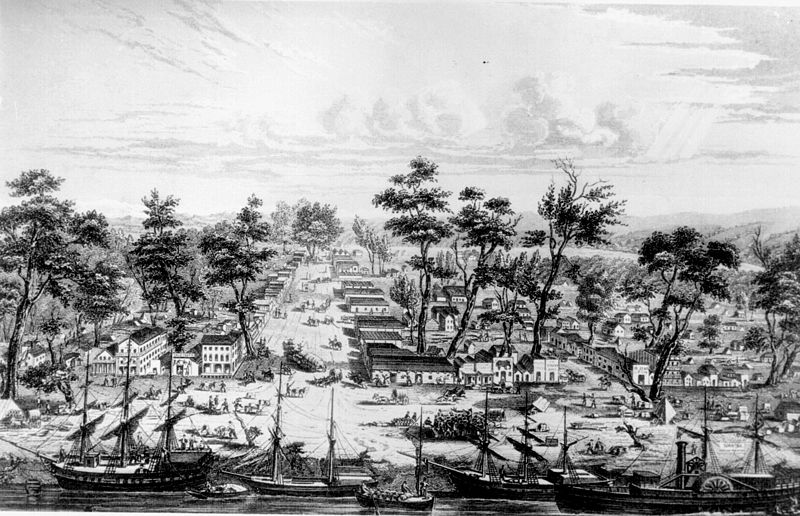 Sacramento in 1855 showing the original Eagle Theatre in the grouping of buildings to the left. 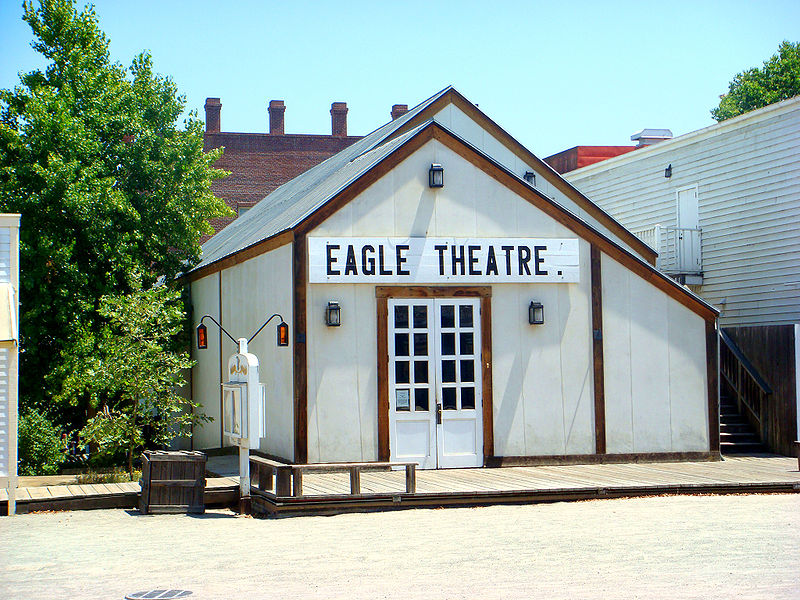 The Eagle Theatre eventually became the Main Stage of the not-for-profit Sacramento Theatre Company, which evolved from a community theatre to professional theatre company in the 1980s. Under the current leadership of Executive Director Michael Laun, STC now produces shows in three performance spaces and is the oldest theatre company in Sacramento. STC has been instrumental in the careers of such regional theatre professionals as playwright Richard Hellesen and director Tim Ocel.

After decades of use, the old Sacramento Theatre Company Main Stage was renovated as part of the H Street Theatre Complex Project. Features now include an expanded and modernized lobby and a Cabaret Stage for special performances. The Main Stage now has expanded dressing rooms and a new, larger laundry facility.

Sacramento Theatre Company can accommodate 292 patrons in the proscenium-style auditorium of its Main Stage, while the Pollock Stage offers a more intimate experience with only 85 seats in a black box-style theatre. Both provide good acoustics and sight-lines. This professional, Equity theatre presents seven professional productions per season with a reputation for excellent stage adaptations of classic literature. Three annual productions in the Cabaret Stage, which seats 100, round out the experience with high-quality Broadway musical reviews. At STC, there is truly something for everyone. 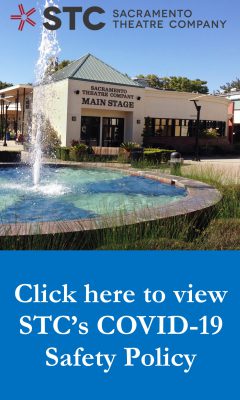