The world premiere musical A Little Princess made its debut at STC on April 27th, and performances continue through May 19. Based on the popular novel by Frances Hodgson Burnett (author of The Secret Garden), this musical has been greeted by rousing standing ovations at every performance to date. The STC Box Office reports that subscribers who attended previews returned to the box office to purchase tickets for future performances. “This is a rare opportunity for Northern California audiences to experience a brand new musical before it moves on to bigger venues around the country,” says Director Michael Laun, “and it has been tremendously fulfilling to witness our audiences being charmed, entertained, and – most of all – deeply inspired by this ambitious undertaking A Little Princess.”

Exactly 30 years ago, Sacramento State alumni Eric Rockwell (composer) and Margaret Rose (lyricist) worked together at STC, with Eric starring in and Margaret assisting Director Gerard A. Larson for a production of Tintypes, which was awarded the first-ever Elly Award for Best Musical. Now successful on the East Coast, where Eric wrote the Off-Broadway hit Musical of Musicals The Musical and where Margaret and Eric studied with Maury Yeston (Titanic) and Bobby Lopez (Book of Mormon, Avenue Q), they return to Sacramento with this new musical they created with Book Writer William J. Brooke.

Four New York based actors are featured in the cast, including Deborah Tranelli, who was praised by the Sacramento Bee for “a dark, elegant performance” as Miss Minchin. Ms. Tranelli is remembered for her 11 seasons as Phyllis on the popular television series Dallas. The Bee’s Marcus Crowder also champions the “terrific singing” of Josh Powell as Carrisford, Michael De Souza as Ram Dass, and the “mellifluous Jerry Lee” as Captain Crewe. 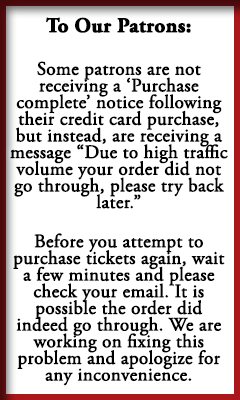